Welcome to our tutorial of learn to play guitar section. We have split the lessons into several categories to make it easier to browse.

The tutorials are created by our members that be available to give on their knowledge to others.

If you want to be a contributor, send a tutorial to us.

6 lessons for you that is starting. Learn to play guitar, do not waste time and get started right now.

A brief guide to tuning your guitar.

Tuning a guitar is the single most important concept for a beginning guitarist to learn. At the same time it is often their first stumbling block. If your guitar is not in tune, you will never sound good. Rather than having your friends tune your guitar for you all the time you should learn how to do it for yourself.

Learn the right way to use the Palm Mute Technique in your guitar. This guide will show you how to play muted notes using the eletric guitar and acoustic as well.

"Palm muting" is a guitar technique, executed in the picking hand, used to muffle the strings slightly, while simultaneously hitting the strings with the pick. It is a technique used primarily on electric guitar, but it can also be useful when playing acoustic guitar.

In order to learn power chords effectively, you'll need to really understand the names of the notes on the neck of the guitar. If you glossed over that page, you'll want to revisit it, and learn it well.

How to start playing Barre chords.

All Guitarists know that great feeling when, after struggling to get our fingers to go where we want them to go, we succeed in putting two or three first position chords together, (usually three fingers, within the first three frets), and playing something recognizable while we sing the tune!

This is a tapping lesson for guitar.

How to Build Your Own Solos

Learn some great techniques to make your solos sounds incredible. You'll also learn how to build your own solos easily.

I thought it might be a good idea to post an article to help people get started on the road to (nearly) simple guitar improvisation. I've seen a lot of article telling people to start by learning major scales, but in my opinion there is an easier way to get started, Pentatonic scales.

3 lessons for you that has ideas of how to play twine.
Aperfeicione your skills on guitar.

Do Guitar Harmonics are pretty easy if you have calises on your fingers from playing. The sound were looking for is a high pitch ring.

Tutorial on Asceding and Descending Legatos. Learn how to use this technique.

Learn the secrets on the simplicity of a barre chord.

Barre chords are a way of "moving" the neck of the guitar to a higher key. Here's a big giveaway on the secret of a barre chord. Let's play an 'A' chord with an 'E' string root. First you need to barre over all 6 strings on the 5th fret, and then play an 'E' chord shape. But you hear an 'A' chord. 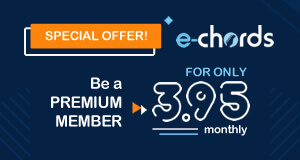 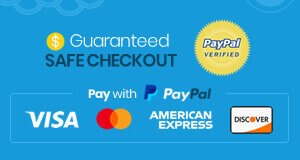